The Faith of our Nation 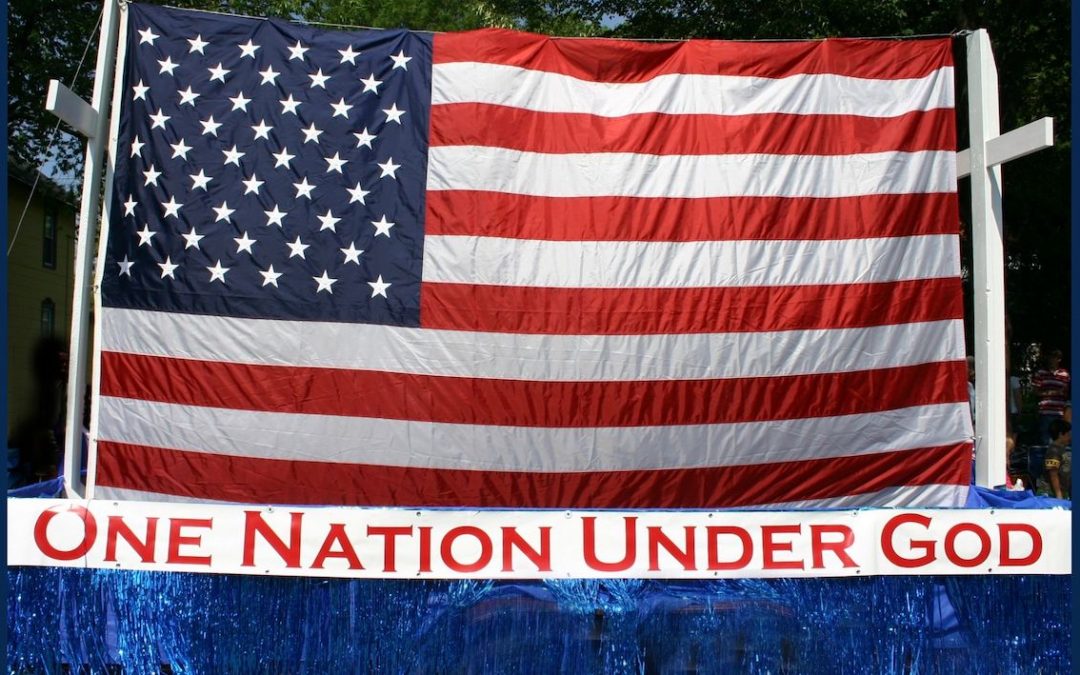 I’m holding on to these words from Jesus with a vice grip these days. I understand that anything I ask God for needs to be biblically based. I can’t ask God to wipe Nancy Pelosi and our evil dictator of California, Gavin Newsom, off of the face of the planet and expect that it will be done for me. I haven’t been able to keep those desires from popping up in my head, but that’s no surprise to God. What I can do is follow them up with a prayer from Psalm 19:14: Let the words of my mouth and the meditation of my heart be acceptable in Your sight, O Lord, my rock and my Redeemer.

I believe that the need for Christians’ to get involved in the political process has never been more vital. It is apathy on the church’s part that has led us down the road where we find ourselves. It’s a scary route we face. Never in the history of our beautiful nation have our religious liberties been more under attack. The Democrats have made it plain where they stand on the issue of God. They removed, “So help me God,” from their oaths and took God’s name out of their pledge of allegiance to our flag, which they don’t seem to give a rip about anymore. All of this happened under our noses while way too many Christians stayed silent.

If one more person tries to tell me that Christianity and politics should not be intermingled in a conversation, I’m going to scream! If we aren’t voting based on our religious convictions, we shouldn’t be voting. Sadly, it’s the path that many Christians have taken, and it is the reason that so many ungodly people hold powerful positions. A 2014 survey reported that 70.6 % of American’s identified themselves as Christians. How is it possible that with such a staggering statistic, we have such a morally corrupt government?

In Pew Research Center telephone surveys conducted in 2018 and 2019, 65% of American adults describe themselves as Christians when asked about their religion. That’s a significant decline in a short amount of time. Our nation’s moral fiber is being eroded at an astonishing rate, and as Christians, it’s time that we stepped up and put a stop to this trend. It’s not okay to stand back, wring your hands, and say that it must be God’s will. If God weren’t interested in us doing our parts, He wouldn’t have told us what He did in 2 Chronicles 7:14 – Then if my people who are called by my name will humble themselves and pray and seek my face and turn from their wicked ways, I will hear from heaven and will forgive their sins and restore their land.

Our land needs healing, folks! We need to stop sitting on our hands and put them in a posture of prayer. We need to turn from our wicked ways. We need to stop being so self-absorbed that we don’t see or do anything about others’ plight. And, YES, we need to participate in the political process to see that the people who represent us exemplify our moral beliefs. They shouldn’t support the killing of helpless unborn babies. They should believe in the sanctity of marriage between a man and a woman. They shouldn’t turn their heads to the violence of Black Lives Matter and Antifa, stating that they have a just cause. And they darn well shouldn’t be advocates for removing “One Nation Under God” from our pledge of allegiance, “In God We Trust” from our money, and “So Help Me God” from our oaths.

If you don’t take a stand for what is right, you advocate for what is wrong. As Christians, we cannot and should not do that. I’m believing for the return of Godly people to our government offices in huge numbers. I’m praying in Jesus’ name and believing for a miracle, which is what it will take to make that happen. Christians need to make their way to the polls in unprecedented numbers. We need a landslide, or the cheating Democrats will do everything in their power to see that our votes don’t matter. If they claim that there are too many mail-in ballots that haven’t been counted yet, they can drag out their loss and wreak havoc on this country for months.

Let’s face it, people, it is going to get ugly before this election is over. Even when it is, we will have to fight the deposed leaders who will kick and scream and advocate violence. The media is going to lose its mind. I remember their shock and dismay in 2016 when we elected President Trump. And, all of the rich and famous people that have been pouring money into the Harris/Biden camp will continue to use their billions in an attempt to expunge the will of the American people.

I believe that the disgusting behavior we are seeing from the far-left won’t hold a candle to the savagery that will ensue. That shouldn’t keep Christians from doing what is right. We will need to stand together loud and proud and possibly armed. Please don’t stand on the sidelines and let evil triumph over good. Please don’t let the Far-left politicians with their socialist agendas destroy America. I’m pleading with every Christian to pray, vote, and stand for what is right. I have to believe that you will. I refuse to believe that you won’t. God is preparing to make the most significant move for righteousness that His people have ever witnessed. Yes, ask for anything using my name, and I will do it. John 14:14.

I’m asking folks, and I hope you are too. God bless our president, and God bless America!